Top 10 Most Dangerous Comic Book Villains Of All Time 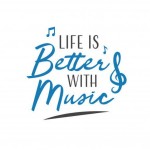 Today, we are going to see the Top 10 Most Dangerous Comic Book Villains Of All Time. Stick with me as we roll.

We all have our favorite comic book heroes – heroes who fascinate us with their supernatural powers, delight us with their fancy fighting skills and inspire us with their bravery. But if you were to honestly assess which character leaves you with a lasting impression at the end of every story, you would be forced to acknowledge that it is the fearless villain! We pay a tribute to some of the most dangerous comic book villains in this top ten list.

An experiment that goes horribly wrong leaves Dr. Otto Octavius, with four mechanical arms fused to his body creating Dr. Octopus. Named Doc Ock by Spiderman, Dr. Octopus is consumed with a desire to prove his genius to the world and to destroy Spiderman. This makes him one of Spiderman’s most persistent and deadly foes.

The sole survivor of a universe that existed before the creation of the current universe (before the Big Bang), Galactus has demi-god like powers and actually needs to devour planets to sustain himself!
This villain is terrifying for the sheer ominous fury it can unleash.

Born through an agonizing process of being killed and then recreated several times over, Doomsday is devoid of any compassion or regard for life. Filled with great powers of survival and utterly ruthless, Doomsday defeats the entire Justice League using just one free arm. As the only supervillain to have actually killed Superman, Doomsday has to be certainly regarded as one of the most dangerous supervillains of all times.

A highly complex character, Bane is one of the more intelligent adversaries of Batman. Though he is physically very powerful, Bane is sane and in control of his actions unlike the other villains that Batman faces. Further, he has a grudging respect for Batman and is one of the few villains who knows of his real identity

Venom is an alien that has a liquid-like form and cannot survive without a host, usually a human. Its first host on Earth was Spiderman before its evil intents became known. When Venom bonded with Eddie Brock to create the supervillain Venom, it also became one of Spiderman’s archenemies. Today, Venom is one of the most popular foes of Spiderman.

Carnage is the offspring of the alien Venom but unlike Venom has no sense of honor. It bonds with its host by merging with the host’s bloodstream making it virtually impossible to get rid of it. Carnage not only lends its host enormous physical strength but magnifies by several degrees all the evil thoughts in the persons mind.

An experimental serum increases industrialist Norman Osborn’s already fierce intellect and his physical strength, but also drives him insane and leads to the creation of the Green Goblin. This villain is the cause of many tragedies in Spiderman’s life including the death of his girlfriend Gwen Stacy. This tragedy also transformed him into Spiderman’s primary nemesis.

Outwardly, the Joker appears as just a goofy trickster but in reality is a violent psychopath who strikes terror in the hearts of all who hear his chilling laugh. The Joker continues to be Batman’s archenemy number one and was responsible for the death of Jason Todd, the second Robin.

Dr. Victor von Doom was a brilliant scientist, who worked along with Reed Richards, one of the Fantastic Four. His face is scarred when an experiment he is working on goes wrong and to make matters worse, he wears a mask that was specially made for him without waiting for it cool down. As a result, his face gets permanently disfigured and his mind scarred forever. He combines his great inventive abilities with powers of sorcery to fight for the ultimate cosmic power putting him at loggerheads with not just the Fantastic Four but the Silver Surfer and Galactus as well.

Undoubtedly one of the most fascinating and dangerous comic book villains of all times, Lex has a great fan following of his own. Unlike other supervillains who possess supernatural powers or have a dual identity, Lex Luthor is supremely confident of his own intelligence and technological prowess, both of which he plans to use to eliminate Superman and gain world domination.

So far we have come to the end of this post, we hope you loved and enjoyed it. If there is any part of the post that is unclear to you, you can use the comment box to notify us.

It’s no doubt that there are other dangerous comic books out there yet to be uncovered. We ensure you that we will update our list of top 10 Most Dangerous Comic Book Villains, once we uncover new comics.

Below is a quick rundown of the Top 10 Most Dangerous Comic Book Villains Of All Time.